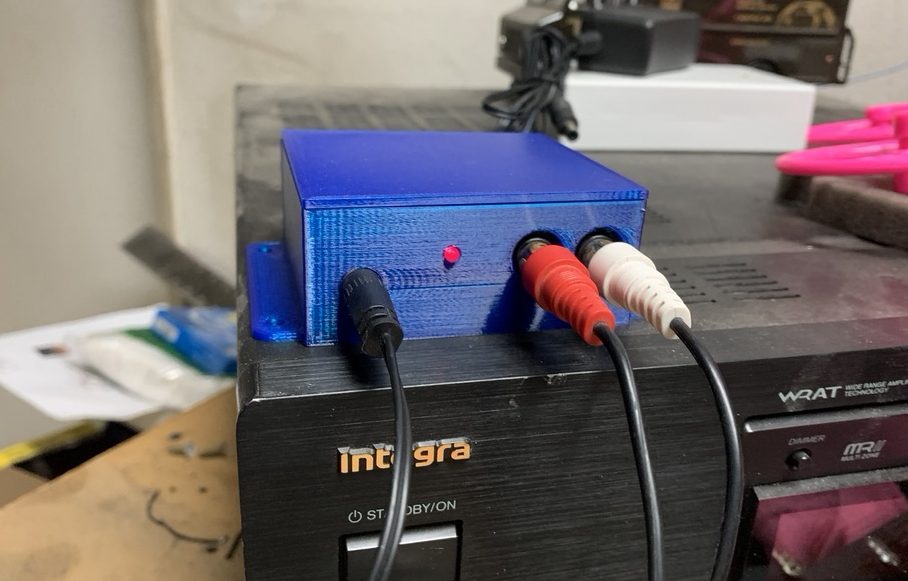 To create audio outputs for the RPi Zero you need:

(There is a wiring diagram at the bottom that will show you the circuit needed for the simple audio outputs, the diagram shows a series of diodes used to stop back voltage but I have not seen this part built anywhere, just referenced)

I took a 5cm x 7cm PCB and soldered up some components and I couldn’t be happier with the outcome. I used the RPi Zero W, a small DC-DC step down module, an LED, and a DC power jack. I also used a female 40pin header so I can remove the Pi whenever I want. All this was soldered to a 5cm by 7cm PCB. I collect a lot of random electronics and junk so all the parts I used I had collected from eBay or scavenged through the years, it helps a lot with projects like these. I opted for RCA jacks instead of a 3.5mm plug. To me it has more of a “Stereo” feel to it that way. The RCAs were salvaged from an old audio board but you can get them off eBay or Mouser etc. I found it easier to double sticky tape the RCA to the PCB then solder the leads down, since the RCA is not designed to just plop in a normal size PCB hole this worked really well. The LED power status is also pretty easy, just an LED with a 330ohm resistor. Connected to a UART pin and wired to ground with a simple code change in config.txt to enable UART you get a power LED! Pretty handy to know if the Pi has booted or is ready for shutdown (shutdown button, which I added to a second unit I ended up making for a friend). You also need to edit config.txt to enable the pins for our audio outputs.

then at the very bottom we are going to add:
(this line of code tells the Pi to spit out audio on those two GPIO pins, without it we get no sound) 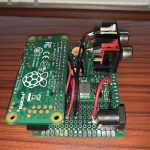 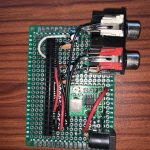 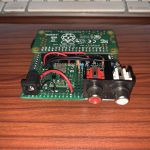 After it was all said and soldered there are a couple of things I would do for a Mark II. If I had laid down all the capacitors instead of standing them up I could have made the RPi Zero fit over the components. It would have made the footprint stay to the size of the 5cm by 7cm PCB. As it is now the Pi sticks out over the back of the PCB. But I am still happy with it.

Now I cant have a bare gadget just flopping around, something could make contact with it and I would be sad. So it needs a case. Now most people would probably fire up Fusion 360 but I just can’t bring myself around to sitting down and learning the damn program. So off to TinkerCAD I go! I always import STLs of the pieces I am using, like the PCB, a RPi Zero, the DC plug etc. This helps me a ton when modeling a box for something.

The end result was great, even though I could make improvements this one will work nicely. If I need to make another one I will probably make the changes and redesign a new case for it. But that didn’t happen. After I finished this project I was immediately asked to make two more for friends and family. I ended up making the same design three times. For the shutdown button that was added I just drilled a hole and slapped in a mom-open push button. Heres an example for a safe shutdown for a Pi if you needed it. 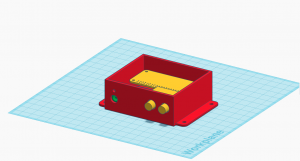 Here is my custom TinkerCAD case I made, it may not work for you but it might help to get you started?

I used this adafruit page as reference and the wiring diagrams https://learn.adafruit.com/adding-basic-audio-ouput-to-raspberry-pi-zero/overview 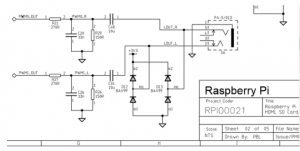